It is perhaps unsurprising that Crikey has devoted almost an entire week of leading stories to a demonisation of Qantas and its CEO, Alan Joyce. Alas, the articles devoted to Qantas ignored the difficulties Qantas faces and also failed to highlight the areas where Qantas should legitimately be criticised.

(At this point it would be remiss not to note that this writer is not an impartial observer of the travel industry, as both a partner to and a major competitor of Qantas’ accommodation business. However, let’s call that a draw and move on.)

While Qantas used the cover of COVID to remove parts of its unionised workforce, where you stand on that matter is a question of perspective.

Invest in the journalism that makes a difference.

The decision benefits shareholders and customers in the form of higher profits and competitive fares. It is not a good result for the workers who no longer have jobs. Depending on your personal interest, this is either a good or a bad thing (bearing in mind, many other workers are also shareholders in Qantas via superannuation).

Over recent decades, Qantas customers have accrued almost all the gains — while it’s cheaper to travel almost anywhere now than it was in the 1980s, Qantas’ share price ($4.45) is roughly the same as it was in 1999.

The notion that “Qantas [is] an increasingly failed airline incapable of delivering aviation basics like running on time or keeping people’s baggage” doesn’t appear to be grounded in fact. Australian government data indicates Qantas and Virgin had similar on-time arrivals during May (Virgin slightly better at 66% compared to 62%) and comparable cancellation levels (7.6% compared to 5.1%). 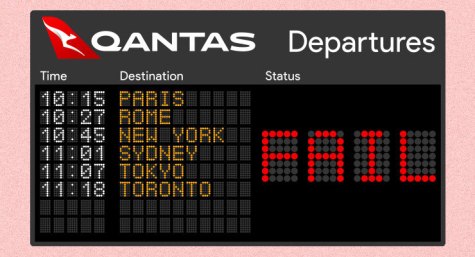 Meanwhile claims made by the Transport Workers Union (TWA), which represents baggage handlers, that recent customer service issues are directly linked to the change in personnel is to confuse causation and correlation (and has been repeated as fact by various Crikey writers).

There has been no data offered to justify claims that unionised workers are more efficient and effective than a worker employed by a labour-hire firm. Many full-service airlines outsource part or most of their baggage handling (Swissport was operating at 268 airports in 47 countries in 2020). Bernard Keane claimed that “Qantas’ inability to get bags on the right flights … is a direct result of Alan Joyce’s illegal sacking of baggage handlers during the pandemic, and the outsourcing of baggage handling to tax-haven based Swissport”. Such a claim is unfounded and insulting to hard-working third-party handlers.

While the Federal Court found that Qantas made the workers redundant for a “prohibited reason”, the full court also dismissed the TWA’s claims that Qantas be ordered to rehire the workers, finding that Qantas would likely legally make them redundant in any event.

(Also, the constant focus on Joyce as a Montgomery Burns-style villain is a failure to understand how large, widely held public companies work. Joyce isn’t Elon Musk or Jeff Bezos; every major decision made by Qantas, especially with respect to significant staffing decisions, would be closely scrutinised and approved by the Qantas board. Interestingly, no mention has been made of Qantas board members like Gruen star Todd Sampson or Labor-aligned Barbara Ward, a former adviser to Paul Keating who was a board member until November 2021.)

Perhaps the Crikey newsroom should visit a European airport, where many planes aren’t able to take off at all. In the coming weeks, strikes are planned by workers of Ryanair and EasyJet (on three separate occasions), Air France-KLM pilots and British Airways check-in staff. Striking workers are directly employed by those airlines.

Airlines operated in a difficult enough environment before COVID-19 — as Warren Buffet observed, if a far-sighted capitalist had been present at Kitty Hawk, he would have done his successors a huge favour by shooting Orville down. Not only are carriers highly capital intensive but they are at the whim of jet fuel, their main input cost, being almost completely out of their control (other than through short-term hedging).

Moreover, internationally, Qantas is competing against government-subsidised carriers like Qatar, Emirates, Etihad and Singapore Airlines, all of which have implicit government guarantees. When compared to non-government-backed airlines like British Airways or the American carriers, Qantas performs strongly, rated as the eighth-best airline globally. 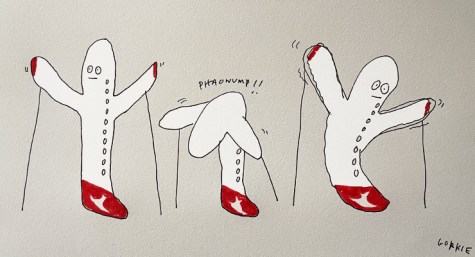 While Qantas cut too hard in areas like customer service, so too did almost every airline globally. Singapore Airlines, arguably the world’s most-loved carrier, recently received widespread complaints from customers who had phone wait times of more than six hours, as travellers poured back to the skies before staff could be rehired and, more importantly, properly trained.

Even for travel businesses who were able to retain all of their staff during the pandemic, dealing with returning to travel has been a huge challenge. Customers, understandably nervous, are contacting operators en masse to reconfirm or change bookings (when they ordinarily wouldn’t need to), meaning the number of contacts per booking has significantly increased far beyond pre-COVID levels.

It is misguided to devote columns of criticism to a major airline, an industry that shut due to government edict, as the industry restarts in unprecedented circumstances. To suggest Qantas, with its still near-perfect safety record and top 10 rating globally, is akin to “a developing-country airline, or Aeroflot” is to ignore the difficulties faced by the entire sector.

All this is not to say Qantas is without sin. The national carrier can be legitimately criticised for its decision to slash the level of commission it pays to Australian travel agents from July 1, many of them small businesses, who relied on airline commissions to fund their operations. After spending two years changing flights and helping customers get refunds from Qantas, those same agents are being rewarded for their dedication by having their income slashed, with Qantas reducing commission from 5% to only 1%. Most other full-service airlines (with the rare exception of Air Canada) have followed Qantas’ lead.

That decision was even more galling when you consider Qantas (and Virgin) received a tailored version of JobKeeper (dubbed “AviationKeeper”), while travel agents received a pittance. In many cases, agents, who earned virtually zero revenue for two years, received the same level of government assistance as companies like Harvey Norman or Premier Investment, owned by billionaires, which massively increased their profits.

There is also no doubt that Qantas underinvested in its customer experience during COVID and failed to properly invest when it became clear in mid-2021 that travel would quickly bounce back. While Qantas is finally acting to rectify that mistake, to expect it to provide service akin to a state-owned, oil-funded Middle Eastern carrier, while honouring obligations to shareholders and staff, is living in some sort of Soviet fantasy land, where the rules of scarcity and competition no longer exist. Bernard Keane’s longing for a government-owned airline is even more bizarre, essentially requiring Australian taxpayers to fund a loss-making airline at the direct cost of funding schools or hospitals.

Like all of us, Qantas isn’t perfect, and it makes plenty of mistakes. But to single it out as some sort of island in a sea of corporate morality, in a world where banks, insurers and telecommunication companies have turned horrific customer service into a fundamental part of their business model, is utterly misguided.

Save this EOFY while you make a difference

Australia has spoken. We want more from the people in power and deserve a media that keeps them on their toes. And thank you, because it’s been made abundantly clear that at Crikey we’re on the right track.

We’ve pushed our journalism as far as we could go. And that’s only been possible with reader support. Thank you. And if you haven’t yet subscribed, this is your time to join tens of thousands of Crikey members to take the plunge.